As we already know, Jose Rizal was a very knowledgeable man especially when it comes to different languages.

To name a few, he was very fluent in the Spanish language. He was able to use and express himself in idiomatic, smooth, funny, nuanced, contextually appropriate verse and was very metaphorical and literary.

Aside from Spanish, he also communicated in Tagalog, German and a little French.

In his personal letters to his family he would write between Tagalog or Spanish. To Blumentritt, he first wrote in Spanish but later converted to German, French and in English.

He studied English in London and his French skills improved when he visited the Indios Bravos.

The question is “How was Dr. Jose Rizal’s English?”

Find out by clicking the link below to read page of letter from Jose Rizal along with his grade and comments from an unsuspecting English teacher at a San Francisco high school. 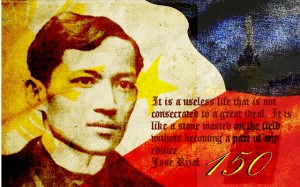