Rizalekturo: Re-Discovering Rizal in Multi-Media is a workshop founded by Lisa T. Bayot, a descendant of Jose Rizal and Maite P. Gallego, a relative of Maximo Viola, from the organization of My Rizal 150. This 3-day teacher training workshop developed and held from August 24-26, 2012 to provide teachers from all over the Philippines the opportunity to achieve and enliven the teachings of the life of Jose Rizal. Together with the help of the National Historical Commision of the Philippines (NHCP), National Commission on Culture and the Arts (NCCA) and the De La Salle College of St. Benilde, professionals from different careers prepared presentations and speeches to increase the knowledge and appreciation of Jose Rizal. 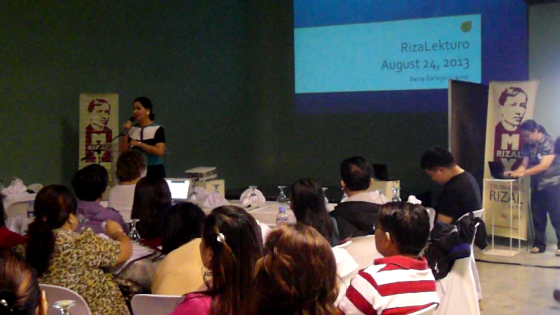 One of the first speakers, Violeta “Betta” Gallego-Kramer, an MBA graduate of Stanford University and a teacher at International School Manila had a talk on ways of teaching Rizal in the 21st Century. The audience was asked “Who are the 21st century teachers and learners?” The students were “technology savvy” group of learners who are becoming dependent on technologies to guide them in learning. She had expressed to the audience that to have an interesting approach in teaching regarding Jose Rizal teachers should adapt to the student’s interest such as the internet, videos, and social networking site. 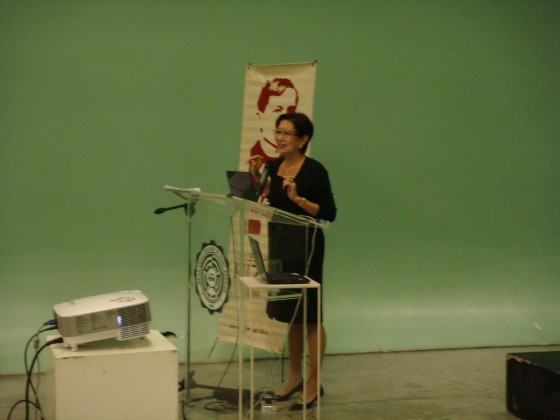 Other speakers like Felice Sta. Maria, an award-winning author of “IN EXCELSIS: The Mission and Vision of Jose Rizal”, talked about a simple way in discussing Jose Rizal that the Filipinos will surely enjoy: Food. The origin of some of our famous dishes signifies some of the highlights of Jose Rizal’s earlier life. Sinigang for example “helped unlock Rizal’s recognition of Global Human Rights and Responsibilities” (F. Sta. Maria, 2012); Sardines, which was a favorite of his was what he would always eat where he grew up in the lakeshore. 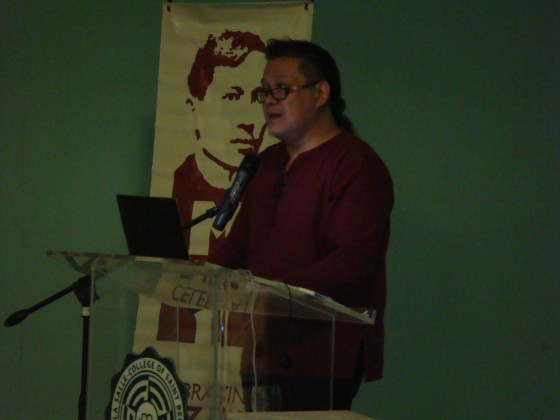 Poetry, Music and visuals as discussed by Vim Nadera, winner of an International Rizal Poetry Contest and a writer for the Manila Bulletin, shared that there are 39 poems that Jose Rizal wrote and used these to translate Rizal’s feelings at the time he wrote those poems. This is to share with the Filipinos different side of Rizal and to also get to know him through his emotions. 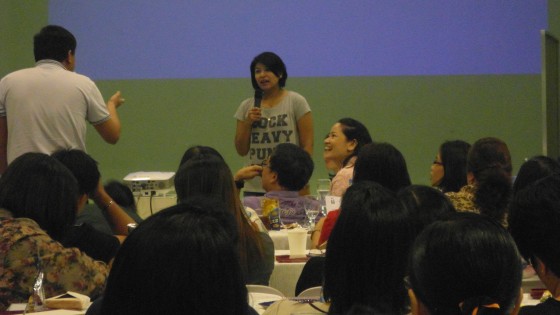 Gang Badoy, founder of RockEd Philippines, presented that holding concerts, writing songs and singing can be a unique genre of teaching as many people are more and more able to identify with music.

One of the last speakers, Dr. Isagani R. Cruz, President of The Manila Times College, shared that a successful way of reaching to Jose Rizal and his organizations are the use of social networking sites such as Twitter and Facebook. Citizens are able to write questions, comments, and suggestions about Jose Rizal, our country and issues and quotes from Rizal and the public can expect a well-thought reply. 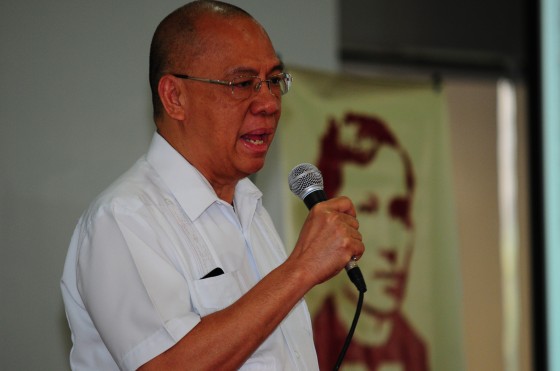 While there are a lot more ways to keep Jose Rizal in every teacher’s lesson plans, these are just some common examples and strategies to hold your students’ interest in lectures, projects and other activities. It may be of food, music, e-learning, poetry and other types of multi-media used to keeping Jose Rizal’s spirit alive in every Filipino’s life.

At the final day of the workshop, interaction with teachers was encouraged in activities held by independent theatre artists, the Sipat Lawin Ensembles, and a tour of the Luneta Park with Carlos Celdran, a cultural activitist and performing artist to tour and learn more about the Luneta Park. 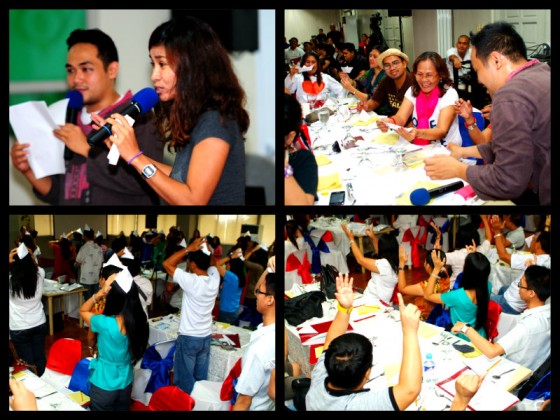 The Rizalekturo workshop wrapped up with the 150 teachers and organizers enjoying the nice weather, walking around, appreciating sights, taking photos, and having fun and chatting with new friends at the Park. As a finale to the last day, a free ticket to a lights and sound show that showcases Jose Rizal’s life was given to the attendees. 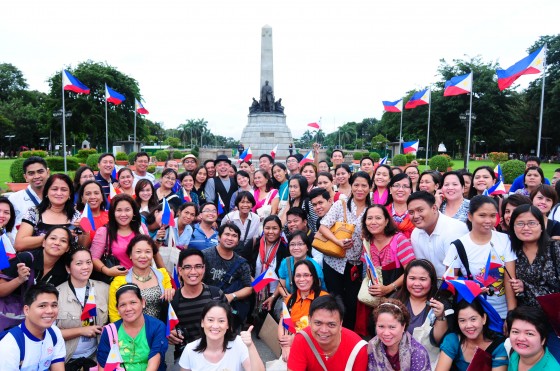 With the huge success and great feedback given to the RizaLekturo organizers, founders Lisa Bayot and Maite Gallego, plan to host another to give an opportunity to teachers who were not able to attend this unique workshop.