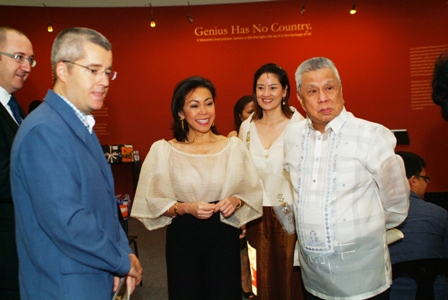 The rains and the traffic did not deter the winners–who came from as far away as Zamboanga del Sur, Toledo City, Cebu and Mindoro–from attending.  Last December 5, 2011, at the Yuchengco Museum, MyRizal held the first PreMYo Rizal Awarding Ceremony to honor the winners of the nationwide essay writing contest launched this year in celebration of Jose Rizal’s sesquicentennial. 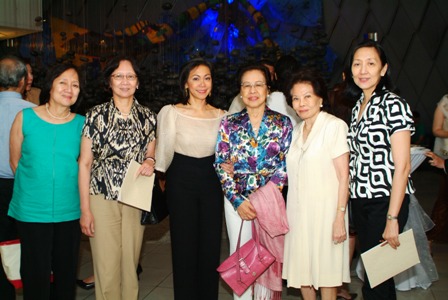 Winners were the following: 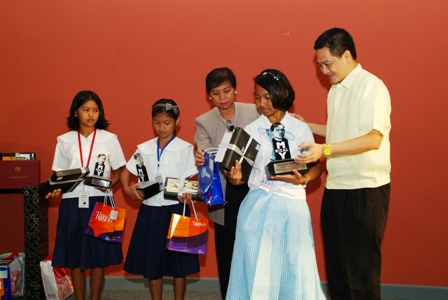 High School (English):  Select one character from Noli or Fili, describe what the character represents, and explain how you will be like or unlike that character. 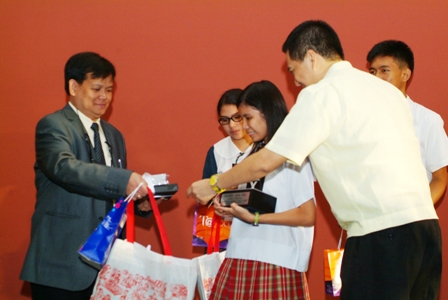 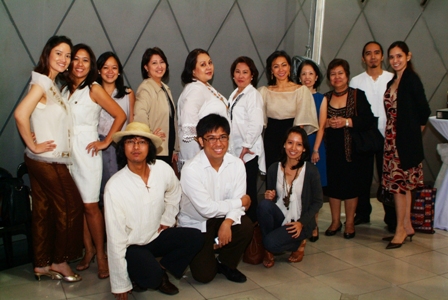 MyRizal posted the top 4 Grade School and High School finalist essays on their website, www.myrizal150.com, and on inquirer.net, and invited the public to text vote their choices.  This is the first time ever that text voting was employed for a literary contest.  As a result of the text voting results, a special “Tinig ng Bayan” Award was given to Therese Diane S. Villanueva and the “People’s Choice” winner was Marisse T. Sonido.  Both are also the first prize winners in their respective categories. 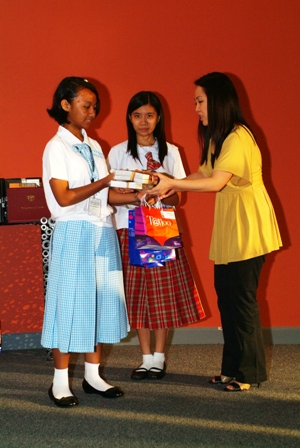 Winners received cash prizes, prepaid handsets and Globe Tattoo sticks donated by Globe Telecomms, the Leon Ma. Guerrero award winning Rizal biography, “The First Filipino,” the LM Guerrero English translations of Noli and Fili, all of which were donated by BBDO Guerrero, the award winning children’s book, “Rizaldy,” by Eugene Evasco, and MyRizal T-shirts.  Teachers of winners received gift packs donated by National Bookstore.  In addition, the college winners are invited to attend next year’s “Culture and the Media” writing workshops given to them for free by the Yuchengco Museum.

The ceremony was simple but impactful.  It opened with the moving Lupang Hinirang video produced by Mae Paner/PETA.  Saturnina Rizal great granddaughter and MyRizal co-founder Lisa T. Bayot gave the Opening Remarks, speaking about the incident (a child asking “sino si Rizal?”) that prompted her to co-found the MyRizal movement, and explaining PreMYo Rizal’s purpose.  “We hope to deepen students’ awareness of Jose Rizal, both as a hero and as an ordinary person.  By compelling students to read and write about Rizal, we also hope to elevate our standard of critical thinking and literary writing.”  Ms. Bayot also said that this year’s PreMYo Rizal is the first of what will now be an annual event.

Deputy House SpeakerErin Tañada, who was chosen by MyRizal to be the Guest Speaker because his work on human rights “embodies the spirit of Jose Rizal,” gave a very inspiring speech, showing that he had read the winning essays, and echoing Rizal’s reminder to the youth that they are the hope of our nation. Tanghalang Pilipino, under the leadership of Nanding Josef, put together a Rizal-themed program showcasing the considerable talent of students from the Philippine High School for the Arts and actors of Tanghalang Pilipino.

Closing Remarks were delivered by MyRizal co-founder, Maite P. Gallego.  A relative of Maximo Viola and Felix Resurreccion-Hidalgo, Ms. Gallego’s MyRizal advocacy proves that “history is alive and well today, with Rizal’s friendship with Viola and Hidalgo enduring through several generations in the visible form of MyRizal.”  Ms. Gallego remarked that “Heroes are a reflection of a nation’s values.  Through PreMYo Rizal, we paid homage to Jose Rizal, our foremost thinker and writer, indeed the father of the Asian freedom fighting movement. By holding up our young writers as role models deserving of public acclaim and admiration, we are confirming that we, as a nation, value our intellectuals, critical thinkers, and writers.”  She ended by addressing the winners, “Kami sa MyRizal ang inyong Elias. Sana lahat kayo ay maging mga Crisostomo Ibarra.”