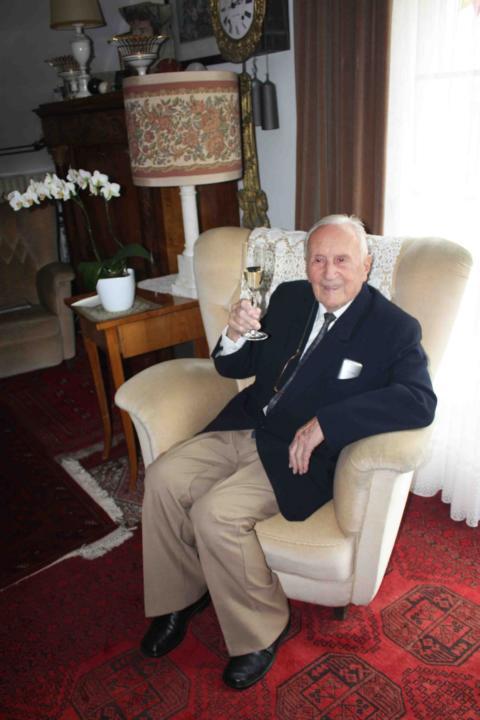 Ernst Blumentritt is the only living grandson of Dr. Jose Rizal’s most important and closest European friend, Ferdinand Blumentritt, whom Rizal regularly addressed as “mein bruder” (my brother) in their correspondence.

His full name is Ernst Ferdinand Marian Blumentritt. He was named Ferdinand after his father and grandfather and Marian in reverence of his godfather Mariano Ponce.

In deference to this wonderful man’s great age and at the express wish of the celebrant, only two non-family guests were invited to his birthday celebration: Dr. Fritz Hack-Ullmer, great-grandson of Pastor Ullmer with whose family Rizal stayed while in Wilhelmsfeld, and myself. Mr. Ernst Blumentritt celebrated his 100th.Birthday on 8.June 2011. We looked forward greatly to being reunited once again with our good friend, as we previously visited him twice each year.

After a very long trip by road (750 kilometers), my wife and I arrived at about 11 a.m. at Blumentritt’s residence in Germany. Having graciously and happily received all our congratulations, he was presented with his very special gifts. These included: 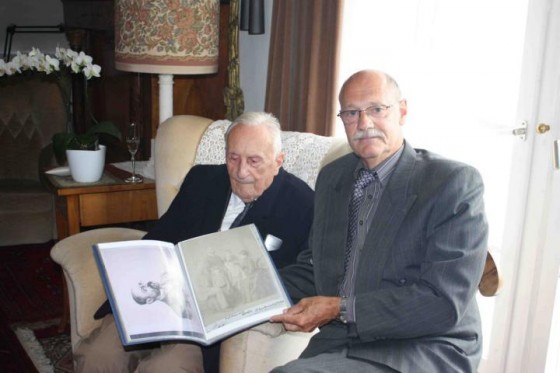 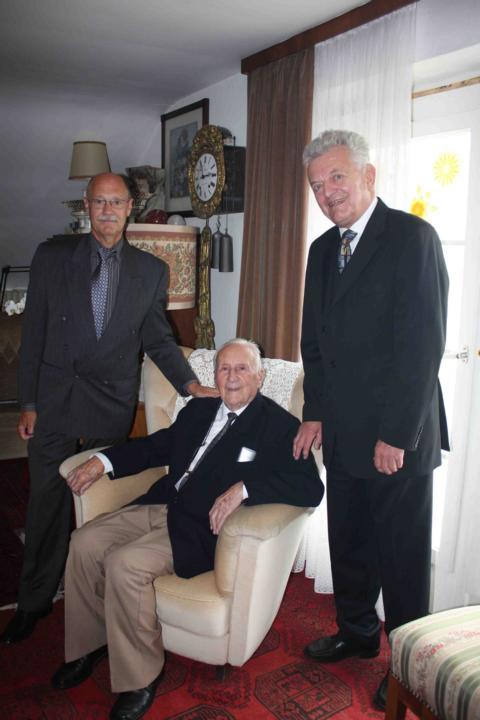 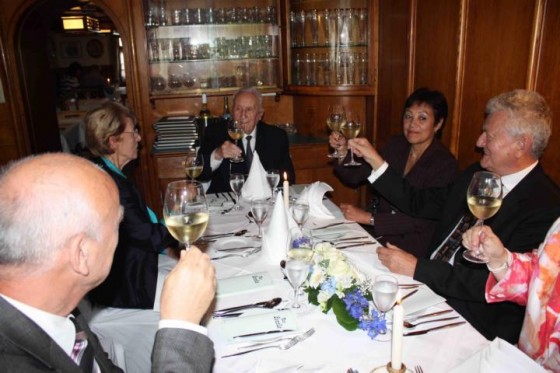 Several hours later we returned to the residence, where we all partook of a quite magnificent birthday cake, made especially for Mr. Blumentritt by a good friend, and a cup of coffee. 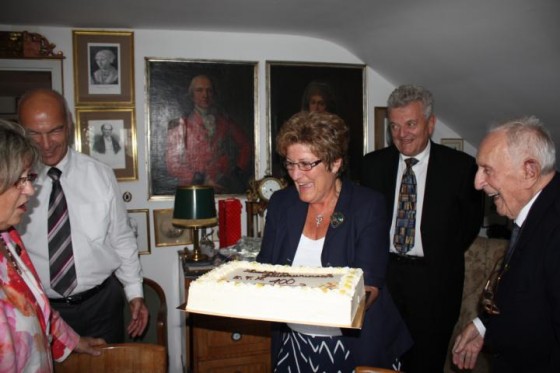 Unfortunately, at 5 p.m. we had to leave Mr. Blumentritt’s house, having promised, at his insistence, to return for another visit quite soon. We arrived home safely in Belgium a little after midnight, tired but very happy to have shared such a special day with such a wonderful man. After a short night’s sleep we were on the move again, this time for our trip to Manila to attend the festivities of the sesquicentennial of Rizal’s birthday.