Of all the historical landmarks in the Philippines, the Rizal monument in Luneta easily stands out as the most recognizable and most photographed. It is thus an irony that very few Filipinos know the story behind the building of this important national memorial, and how, more than a century ago, some of the world’s leading sculptors participated in an international contest to design and build it. 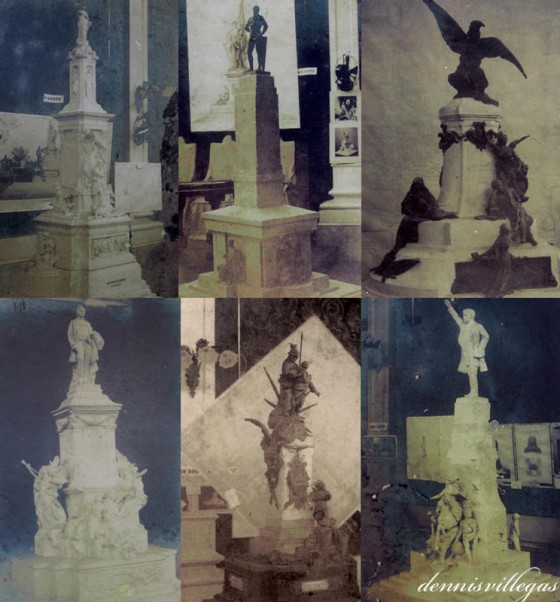 Built by virtue of the United States Philippine Commission Act No. 243, dated September 28, 1901, the Rizal monument was approved by no less than United States President Theodore Roosevelt. The act stipulated the allocation of land in the Luneta to build the memorial, near where Rizal fell when he was executed by the Spaniards on December 30, 1896. It also specified that the monument bear the statue of Rizal, as well as serve as the final resting place of his remains. To fund the project, a Rizal committee was set up to raise funds from public solicitations. The committee—whose members included Paciano Rizal (Rizal’s brother), and Tagalog novelist Pascual Poblete–was also tasked to hold a design contest for the future monument.

In 1905, when the committee gathered enough funds, it announced the art competition. Local and foreign sculptors were invited to participate, with the year 1907 as the deadline of submission. It was a reasonable period of time to conceptualize and design a scale model for the future Rizal national monument. The grand prize winner would be awarded a cash prize of P5,000, as well as the P100,000-contract to build the monument. It was a huge sum during that time and thus many sculptors, including some of the best in Europe, participated.

Forty artists submitted their bozetos (scale models) in 1907. From these forty, ten bozetos made it to the finals. Some of the bozetos were titled “Noli Me Tangere” (Rizal’s first novel), “Motto Stella” (Guiding Star), “1906”, “Al Martir de Bagumbayan”, “Eripitur Persona Manet Res”, “F.F”, “Victoria”, and “Maria Clara.” The bozetos were exhibited in the Marble Hall of the Ayuntamiento in Intramuros. The judges, all non-artists, were headed by then American Governor of the Philippines Frank Smith.

Extant photographs of the exhibit revealed the superior qualities of the finalists. Most were meticulously made in the Art Nouveau style that was very popular at that time. After thorough deliberation, the jury reached a decision. They awarded the P5,000-grand prize to bozeto No. 21 entitled “Al Martir de Bagumbayan” designed by the famous Italian sculptor Carlo Nicoli of Carrara, Italy. The jury gave the second prize to bozeto No. 9 entitled “Motto Stella” by the Swiss sculptor Richard Kissling. Kissling received a P2,000 cash prize. 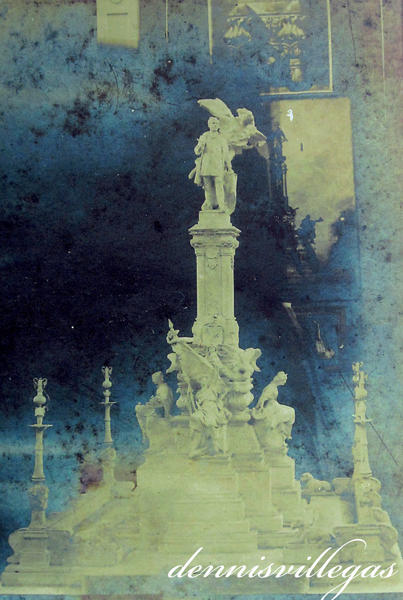 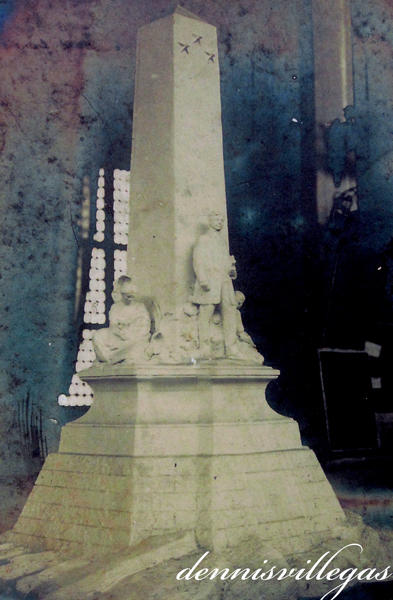 As the first prize winner, Carlo Nicoli was supposed to have been awarded the contract to build the monument in the Luneta. However, for some reason the contract went instead to second-prize winner Richard Kissling, for his bozeto.

Some speculated that Nicoli’s intricate design would cost so much more than the P100,000 budget to build the monument. Indeed, Nicoli’s bozeto required installations of intricate parts that were lacking in the Philippines and needed to be imported from Italy. Nicoli also specified that in order to construct the bozeto faithfully, Carara marble (the famed marble that was favored by Italian sculptors like Michaelangelo and Bernini), must be used. Of course, the contract stipulated that all materials would be from local sources.

There was also a theory that Nicoli backed out of the contract because he failed to put up the P20,000-peso bond as guarantee to finish the monument. Or that Nicoli was not able to come to the signing of the contract. Whatever the case, Richard Kissling was eventually awarded the contract, and his “Motto Stella” bozeto was the one upon which construction was started in 1908.

In comparison with Nicoli’s grand prize-winning bozeto, Kissling’s model was more streamlined, and almost lacks the grandeur that befits the greatest hero of the land. Indeed, when news of the change of model spread, some of the local press criticized Kissling’s model. A newspaper caricature poked fun at its design. Some unscrupulous people even put forward the ridiculous suggestion that the famous Filipino painter Felix Resurreccion Hidalgo should inspect and modify the design. In fairness to Hidalgo, he might not even have known of the suggestion and even if he did, would most likely have rejected the idea. Indeed the suggestion was quickly rejected by the jury. Meanwhile the work on the monument was already in progress. The figure of Rizal was cast in bronze while the obelisk and the base were sculpted from unpolished granite.

In retrospect, looking at the extant photographs of the two bozetos now, the change in the design was, in my opinion, highly propitious. Nicoli’s design was, of course, aesthetically speaking, more beautiful to look at. No one will ever doubt that it was designed by a master, as indeed Nicoli was. But it also looked very European with all its elaborate designs. It would have been perfect in a city such as Rome or Vienna. But in Manila’s Luneta—with its then grassy fields– it would have looked totally out of place.

The strength of Kissling’s design—which was perhaps well appreciated by the jury who adjudged it second prize—was its stark simplicity. Rizal’s posture in the bozeto was subtle but heroic. The hero, attired in his usual overcoat and holding a book in his hand, was depicted as if looking towards the breaking of dawn after the long troubled night. The figures beside him are very strong symbols of a struggling nation’s hope for a better future through progress and education—a mother rearing her beloved child, and the evocative figures of two young Filipino boys ardently reading. Of all the entries, it was the only one that approached the embodiment of the very ideals of Rizal: family, education, and enlightenment.

Every time I visit the Rizal monument, I always feel proud and fortunate to be a Filipino, having been born a free man because of Rizal’s martyrdom. Our forefathers—our beloved Rizal among them– were not so fortunate to see the light of dawn emerge from the darkness. 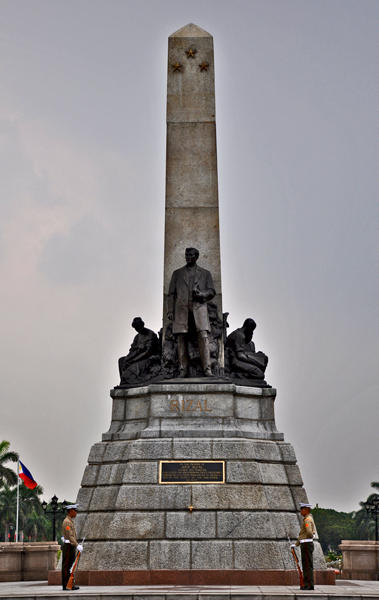