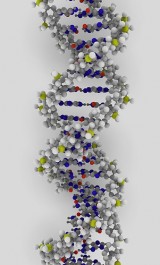 Genetic history is written in our DNA. Each person’s DNA is a product of his parents’ DNA, who in turn, are the products of their own parents’ DNA and so forth. Hence one can trace his own history by mapping specific regions of DNA—DNA that originate from one’s mother (maternal DNA) and those from one’s father (paternal DNA).

On the 150th anniversary of Jose Rizal’s birth, we ask ourselves: how much do we know of our very own national hero? Is it possible to study his DNA using samples collected from his living relatives? Are we able to trace Rizal’s DNA and compare this with existing genetic information of the Filipino people in order to relate Rizal with the modern day Filipino?

Mapping Rizal’s Maternal DNA is a project that aims to sequence the entire mitochondrial DNA of three of Rizal’s modern day maternal relatives, with the aim of making available for all time the information about Rizal’s maternal ancestry. Like his writings which many Filipinos have read over and over again, the genetic message in Rizal’s DNA may be studied in order to understand his genetic legacy to the Filipino people—that inscribed in Rizal’s very own DNA is the DNA characteristic of many Filipinos.

This project, which is one of the first that is supported by the Program on Forensics and Ethnicity of the newly established Philippine Genome Center based in the University of the Philippines, Diliman, also aims to develop into a much bigger project wherein the DNA of other heroes, including our modern day heroes, will be studied and the information made available not only for the Filipinos of today, but also for the Filipinos of tomorrow. Hence it is only fitting that the first subject of this worthwhile initiative is Jose Rizal, who is the epitome of a Filipino of his time.

Some rights reserved by ynse.